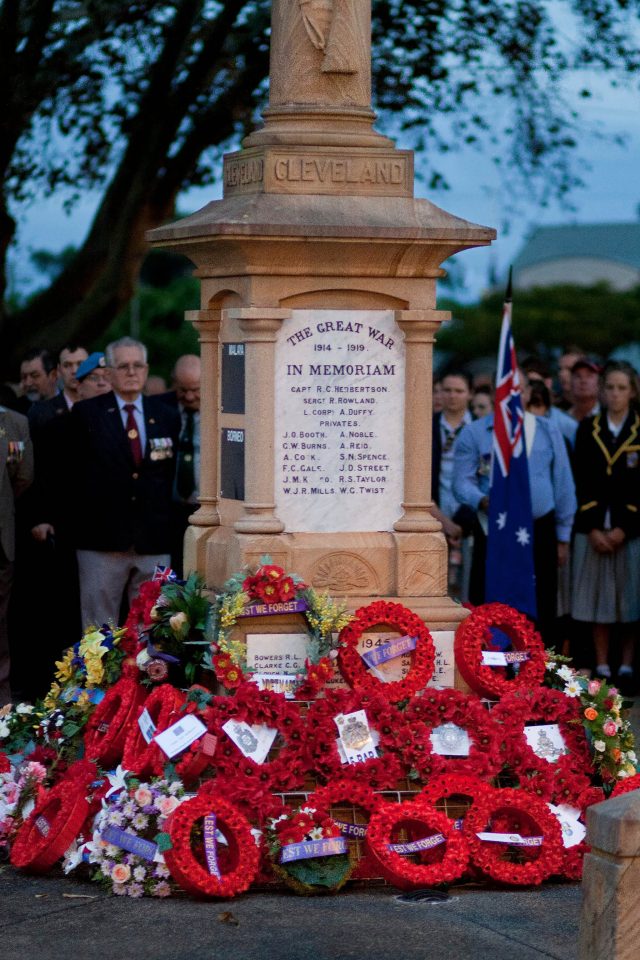 The Anzac Memorial Park is the oldest of the two memorial parks. It is located on the corner of Passage and North Streets (across the road from Redlands RSL, next to Redlands RSL Headquarters). The memorial, in the form of a broken column, represents ‘lives cut short’. The Cleveland Cenotaph war memorial was commissioned by the Cleveland Shire Council in 1919 and is today held in trust by the Redlands RSL, Cleveland. The monument was constructed by W. E. Parson for £95 and brown Helidon Freestone was used in its construction. The memorial was officially unveiled on August 14, 1920. 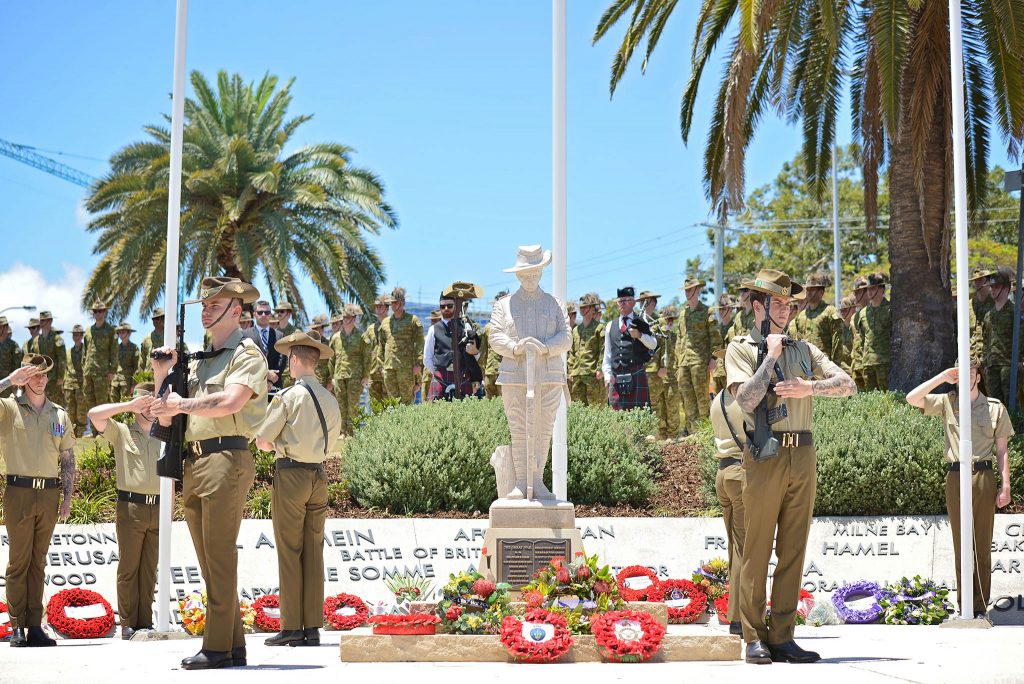 The Anzac Centenary Memorial, located in Kinsail Court Park (on Shore Street, across the road from Redlands RSL) was constructed in 2015 and is dedicated to all of the Navy, Army and Airforce men and women who paid the ultimate price for their country over the past 100 years and for those people of the Redlands who appear on our cenotaphs and honour boards. Construction commenced on Monday 16th February 2015 and had it’s official unveiling on Friday 17th April 2015, in time for the Anzac Day Centenary Commemorations. The memorial came about with the idea of Eric Shaw (President of the Redlands National Servicemen’s Association) who noted that the Anzac Day Service had outgrown the current Anzac Memorial Park. He approached the Redlands RSL with the idea of erecting a memorial in this park to cater for the ever increasing crowds at our Anzac Day Services. The Redlands RSL immediately saw the merit in such a move and with its higher profile in the community, immediately jumped on board. Funds were obtained from the Anzac Centenary Local Grants Program, a grant made available from the Federal Government. The Redlands National Servicemen’s Association also obtained a grant from the Redlands Community Capital Grants Program. The statue is that of a digger in reverse arms position which signifies a soldiers deep respect for the fallen in Australia’s battles and wars. 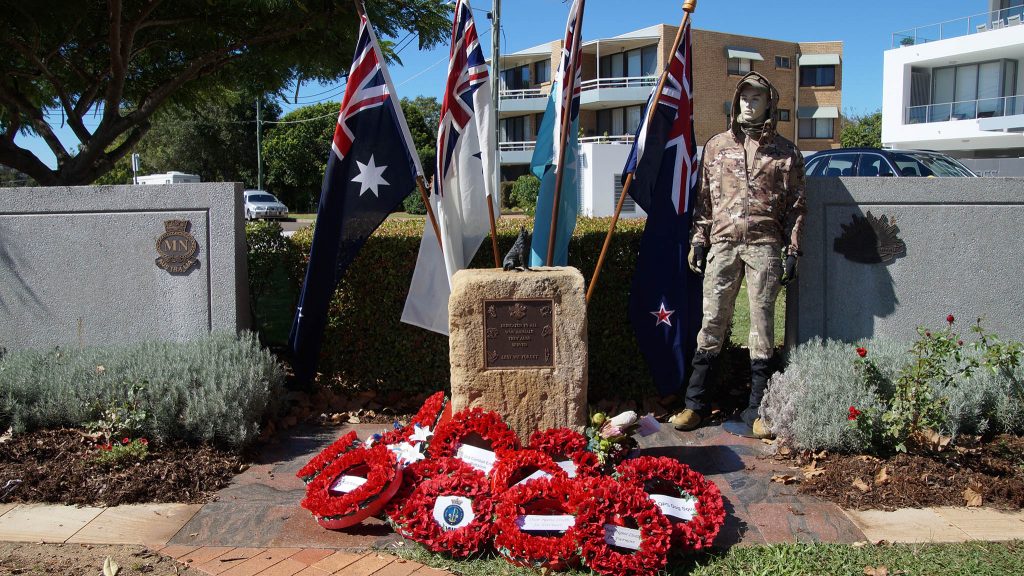 Held on Wednesday 22nd April 2015 at the Anzac Memorial Park in Cleveland with over 220 people in attendance. Army War Dogs and Handlers, RAAF Guard Dogs, Army Mascot Stan the Ram, Light Horses, Clydesdale Horse, Donkey, Camel, Alpaca, and a Pigeon release were all included in the days dedication. An unveiling of a War Animal Memorial was also performed followed by a wreath laying to honour those animals who served. Well done to Deputy President Ian Gray and everyone else involved in organising this special event.

On 16th August 2016 the new statue of a nurse and soldier arrived for Anzac Memorial Park – a tribute to all Military Nurses. On the 15th December 2016, Redlands RSL Sub Branch received a grant from the Qld Office of Liquor and Gaming for $33,000 to be used towards the construction of this bronze nurse and soldier statue. The statue shows the nurse with her hand placed on the sitting soldier providing comfort and care. This statue was unveiled on Remembrance Day, Saturday 11th November 2017.